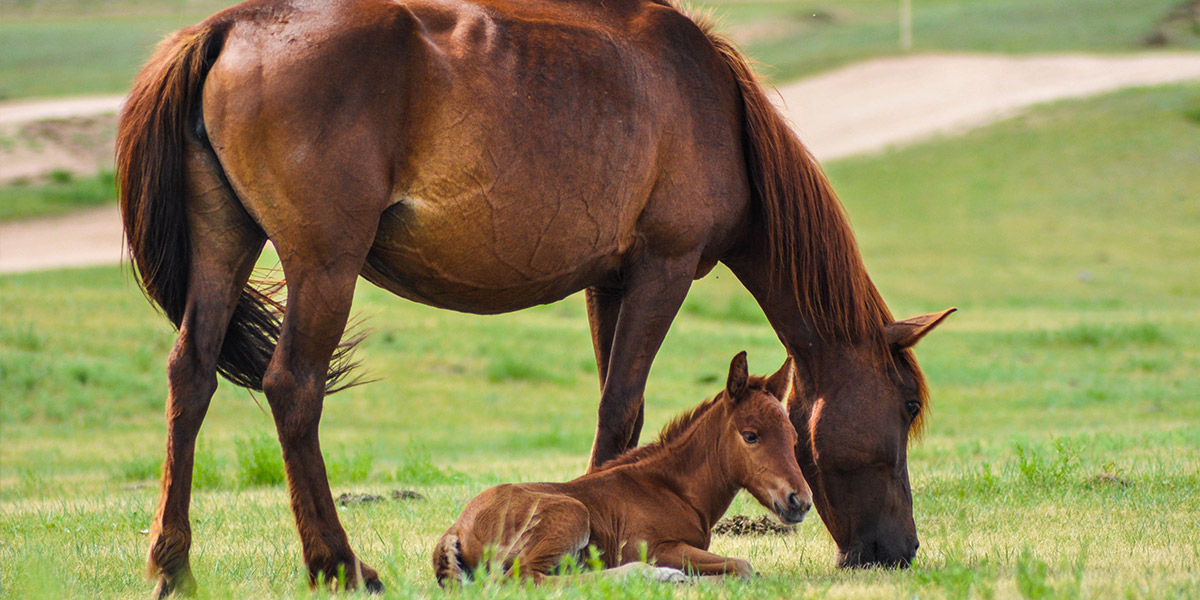 How To Know If Your Mare Is Pregnant

So you’ve taken your mare to be covered by a stallion, and now want to know whether or not the breeding was successful. There are several different ways to predict if a horse is pregnant. Below we will discuss both non-veterinary and veterinary indicators of pregnancy, as well as the legitimacy of each test and some tips for your mare’s care after pregnancy is suspected.

There is an old wives’ tale which suggests that after a mare has conceived, she will no longer shake her entire body, but only her head and neck, as she is protecting the newly conceived foal in her belly. There is no scientific evidence to back this, and it should not be taken as proof of a pregnancy, but perhaps something to note for further investigation.

Likewise, before physical signs present themselves, many mares will stop going into their heat cycles. If your mare usually squeals, lifts her tail, and flirts with the geldings and suddenly stops exhibiting those behaviors, it may be worth checking her out for pregnancy. This can be further tested by placing the suspected pregnant mare back with a stallion after at least fourteen days have passed. Many mares that have conceived with flatly refuse the advances of a stallion instead of seeking them. Neither of these two are definitive indicators either. Some pregnant mares will still show signs of heat early in their pregnancies, and refusal to be bred can come from other factors. However, it is yet another good sign to test further.

Similarly, as with human pregnancies, one of the first visible signs of a pregnancy will be a distended abdomen in the mare. It may be caused by physical changes from previous pregnancies in a broodmare or simply be a “hay belly,” but like all of the subjective signs discussed above, seeing one or more of these indicators is good cause to bring out your veterinarian.

More trustworthy, at-home chemical tests are also available to horse owners. These tests will detect oestrone sulphate in a mare’s urine. It is recommended to be most reliable between 110 and 300 days from the date of breeding. Each test will have specific instructions as to its use, and usually takes around ten minutes to receive a result. Although a positive test gives solid reason to believe that your mare is pregnant, it is always advisable to follow up with a veterinary professional.

Veterinarians have a number of methods to test pregnancy in mares, and should always be called to confirm a suspected pregnancy.

Around sixteen days after the suspected conception, a veterinarian should be able to tell if a mare is pregnant by placing their hand in the mare’s rectum. There they will be able to feel the uterus, trying to find tell-tale signs of changes to the organ and to the ovaries. This is an excellent method to determine your mare’s pregnancy, but is also not one hundred percent reliable, as the veterinarian is deciding based off of feel with no definitive, visible evidence, and also some mares will not present as obviously as others. However, it is the technique that holds the best balance for reliability and cost.

Though the most expensive option, the only absolute indicator of pregnancy in mares is to find a veterinarian with the ability to perform an ultrasound. Also advised to be done after 16 days, the ultrasound probe in the mare’s rectum will be able to image the embryo and confirm pregnancy. If an ultrasound is performed between 55 and 70 days into the pregnancy, the veterinarian may be able to tell you whether your baby is a colt or filly. You can actually purchase your own ultrasound machine, although without a trained professional to interpret the images, you will like find it difficult to use. 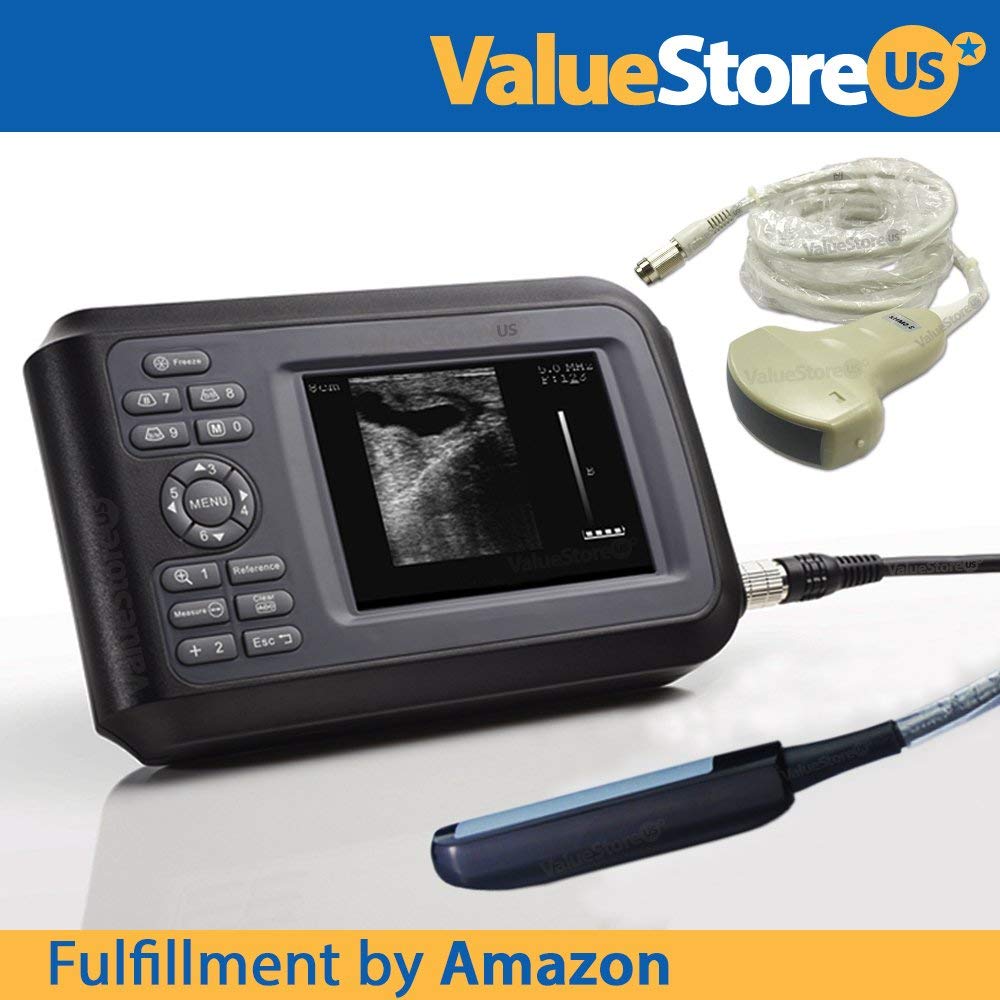 There are several considerations to keeping your mare as healthy as possible through her pregnancy, all of which will contribute to a safe birth and a strong foal. One of these is diet. Fescue-type plants have been found to have an adverse effect on pregnant mares, so if your mare is on a pasture with fescue, you should consider moving her off of it. She should have access to free choice, quality hay and to salt and minerals. In the later months of pregnancy, the mare’s energy demands will increase as her foal begins to grow more rapidly. At that time, increases in concentrates will likely be necessary to maintain the mare at a healthy condition. A mare that goes into a pregnancy overweight should be placed on a program to reduce her weight within the first 90 days of the pregnancy only. There are several supplements available to help mares keep healthy during the demands of pregnancy. 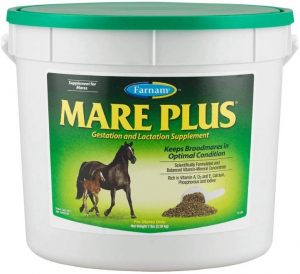 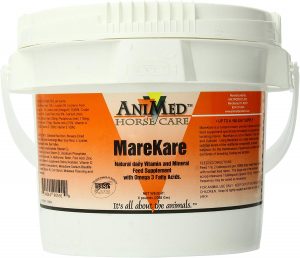 A mare should be wormed on her usual rotation throughout the pregnancy to avoid the growth of harmful parasites. However, there are certain wormers that are not advised for use in pregnant broodmares. Always check the packaging for warnings. Some that are safe include Equest, Eqvalan, Strongid P, Panacur, Panacur guard and Equimax. Make your choices based on which parasites you are targeting. Vaccination boosters are also important for the protection of the foal. Consult your veterinarian concerning recommended vaccination schedules.

Several methods exist to help horse owners in determining whether their mare is in foal. However, most of these should be used only as indicators and to decide further investigation. The only way definite tests require veterinary expertise. After a pregnancy is suspected or confirmed, it is highly advisable to consult with your veterinarian at all stages of pregnancy on the care and management of the broodmare in order to ensure the health and safety of your mare and your new foal. As your mare is approaching her due date, there are also chemical tests available that examine the mare’s milk status in order to help determine the foaling date, so that you can be best prepared for the new arrival. 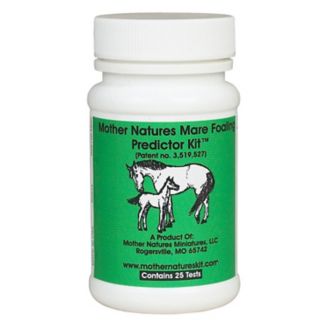 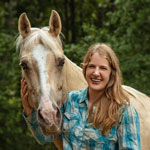 Marian Vermeulen was born into a family with two horses and horses have been a central part of her life ever since. She grew up running bareback through the surrounding woods and forests, and started training horses while attending university to study history and philosophy. After working at riding stables and dude ranches for a few years, she began focusing on training. Today, Marian owns three horses, volunteer trains for the local rescue, and trains for several clients in the area as well as doing freelance history writing on the side. She specializes in starting horses under saddle, working with “problem” behaviors and troubled horses, and helping owners improve their relationship with their own horses.