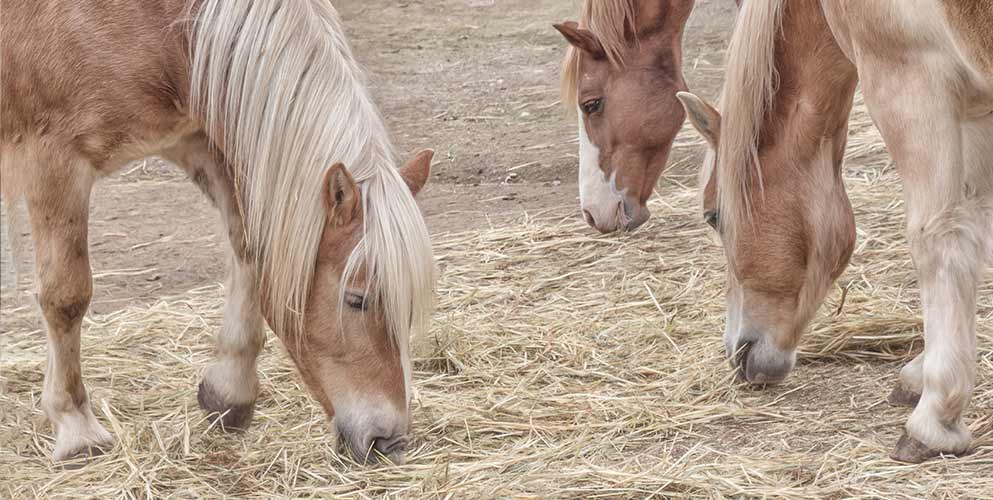 How Much Hay Should a Horse Eat Per Day?

We all know that horses eat hay, but for the horse owner, it’s not that simple. This aspect of horse management is utterly integral to the horse’s mental and physical well-being. It’s essential to feed hay in the correct amounts and using the correct methods. 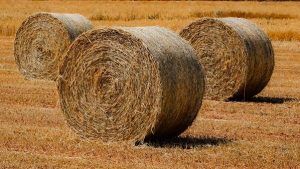 In order to understand how much hay a horse should be given, we first need to take a look at its digestive system and natural lifestyle.

In nature, horses roam across large areas, grazing and browsing as they go. They spend most of their day eating low-nutrient, high-fibre grasses and brush. Thus, their natural diet consists of fibrous material, consumed steadily over several hours. For this reason, horses are known as “trickle feeders”. Their digestive systems are designed for exactly this. The horse has one of the smallest stomachs of all large animals – containing as little as eight litres.

The horse’s stomach also continuously produces gastric acid, a substance largely based on hydrochloric acid. While it might not sound like a good idea to have acid in your guts, it’s essential for digestion of food, and we humans produce it as well. The difference is that people only produce gastric acid when we’re hungry or eating. Horses produce it all of the time. If there is food in the horse’s stomach, this isn’t a problem, as the acid is neutralised by the food it’s digesting. But if the stomach is empty, that acid just builds and builds and builds. This causes a pain very similar to heartburn, which can manifest as colic and is the leading cause of gastric ulcers – a very common problem in horses.

The solution, then, is for the horse’s stomach to never be completely empty; but because of its small capacity, the horse can’t eat large amounts at a time, either. The most horse-friendly way to feed hay is similar to the horse’s natural way of eating: in a steady trickle, and in ample amounts. In this way, I have been able to almost eliminate the feeding of concentrates in my yard. In fact, 21 out of my 24 horses – almost all of them in work, and many still growing – are eating only hay and a vitamin and mineral balancer.

Most horses do best when given access to hay ad lib – as much as they’ll eat. Much as this may sound ludicrously expensive, the savings on vet bills and on supplementary feed make this well worth it, as well as the overall increase in your horse’s mental and physical health. Severely overweight horses, however, will need a different approach.

But about how much hay will a horse eat, given the choice? Most horses can’t consume more than 2% of their overall body weight, so as a general rule of thumb, the average 500kg horse will eat 10kg of food per day. To calculate how much of that will be hay, we need to look at the hay:concentrate ratio. This depends on the horse’s workload, age, breed, and condition. The hay:concentrate ratio should never be less than 40:60, and this only for horses in very heavy work (such as racehorses or broodmares with foals at foot). The average horse in medium work would do well in a ratio of about 80:20, while easy keepers and horses in light work would be just fine on hay alone, possibly with a vitamin and mineral supplement if the hay quality is poor.

That leaves the question of how to feed the hay effectively. A few management practices have been

Feeding from the Ground

The horse’s natural eating position is with the head low, as when grazing. This makes a strong argument for feeding hay from the ground, but the practice has some very significant drawbacks. For one thing, the hay can be contaminated with dirt on the ground, which horses may ingest – potentially causing sand colic. For another, this is certainly the messiest way of feeding hay, and by far the most wasteful. Horses have little respect for their food and are inclined to lie down or urinate in it; but they are as fussy as they are messy, and will then promptly refuse to eat it. In this way, large amounts of hay will be wasted.

Possibly the most popular method of feeding hay is by the use of a hay net. This is certainly also the most economical way to feed; hay nets are cheap to buy and practically eliminate wastage, although they do take a fair amount of time and effort to fill.

Unfortunately, hay nets are not a very horse-friendly method of feeding. They have to be hung up quite high to avoid the (serious) risk of a horse getting a leg caught in the rope. This causes the horse to eat with his head held up, an unnatural posture that can cause him to lose suppleness and muscle tone through his topline. Horses also generally don’t consume as much hay from a hay net as they do when fed using other methods. This may seem like a good idea for saving money, but for the average horse that needs as much roughage as it can get, you’ll pay the price in condition.

That said, for the overweight horse that needs its feed intake to be limited, the best solution is often a slow-feeder net. These hay nets have very small holes, allowing the horse to take only little mouthfuls. This limits the horse’s intake without leaving him to stand without food for long periods, accommodating his trickle-feeding nature. 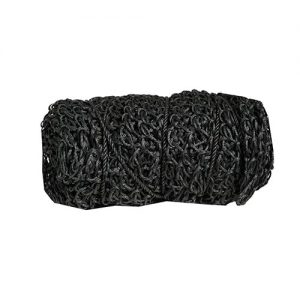 Hay racks can be the compromise between being natural and comfortable for the horse, and economical for the owner. While they are usually expensive to buy and install, they can last for many years if appropriately maintained. Instead of having to winkle out little bits of hay through the holes in a net, horses eating from a hay rack can take bigger bites, leading to an increase in hay consumption. Properly designed hay racks can also be mounted lower on the wall than a hay net; others are designed to fit right into the bottom corner of a stable, allowing the horse to put his head down as when grazing. 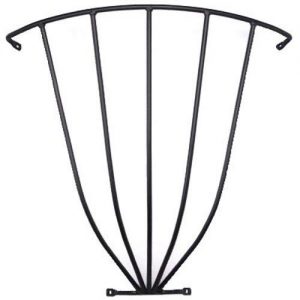 These are available online at most tack shops, and Amazon, such as this Scenic Road Corner Hay Rack

Other hay feeders can accommodate as much as a round bale; these are commonly used in the paddock, and can often be placed onto the ground, allowing the horse to eat in a natural position. They are a little more difficult to find, but can usually be sourced by the manufacturer or ordered from Amazon, such as the Health E-Z Hay Feeder

When it comes to feeding hay, quantity matters just as much as quality. Horses are usually at their best when allowed to consume hay ad lib. Regardless of any other factor, hay or grazing should almost always make up the bulk of the horse’s diet. Feeding methods need to strike a compromise between allowing the horse to eat comfortably and being realistic to the owner’s pocket. Ultimately, the right feeding practice will be dependent on the situation. 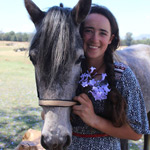